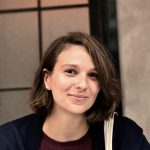 I completed my PhD in Philosophy at University College London. I’ve also been a visiting student researcher at Princeton University and have spent time at the Sorbonne IV. Among others, I’ve presented my work at the Arizona Workshop in Normative Ethics and at the Junior Scholars Workshop, Stanford University.

My research takes place in the fields of normative ethics and political philosophy. In my work, I challenge the commonly accepted belief that, when costs are equal, we ought to bring about more good rather than less good. The belief that we have such a pro tanto duty to maximize the good underwrites not only many consequentialist and non-consequentialist moral theories, but also a large range of popular approaches in public policy – for instance in health care. My work suggests that a pro tanto duty to maximize the good is less attractive and less obvious than generally assumed, as it may fail to accurately reflect a number of common-sense moral judgements.